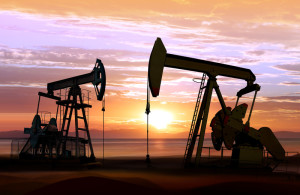 Recently environmental law compliance has come into question in our backyard. Two separate lawsuits have been filed against Kern County over a new gas and oil zoning ordinance passed in November for increased oil drilling. One is from residents of Kern County as well as statewide environmentalist groups; the other is from a Wasco-based farming business that is comprised of “split-estate” farmers (who own the land but not the mineral rights beneath it). Both lawsuits claim the county’s environmental review process was insufficient under the California Environmental Quality Act (CEQA). The zoning ordinance allows for new and expanded petroleum operations that could amount to roughly 73,000 new oil wells on 2.3 million acres over 20 years.

The county says it has followed state law and approved the project using CEQA’s project-level review. So what’s the all the fuss about? The EIR prepared in accordance with zoning ordinance focuses on the regional aspects of the petroleum operations, rather than site-specific analysis. According to the complaint, “the ordinance’s defining feature is its adoption of a so-called ‘ministerial’ permitting process for new oils and gas wells,” which requires the county to determine whether a permit meets the ordinance’s requirements and grant it within seven business days. This effectively fast-tracks new drilling operations and the concurrent construction without further review or permitting needed.

Whether you agree or disagree with plans to increase drilling in Kern and regardless of what the verdict is; this is an example of public involvement in the CEQA process. Citizen groups and activists commented on both the Draft EIR and Final EIR and, when the ordinance was passed without addressing their concerns, they turned to legal actions. The CEQA process can be complex and when the proper due diligence is not implemented; citizen activists can appeal to the courts and postpone the project indefinitely.